Hungarytoday.hu : Are you ready for the European Championship 2016? If you are not going to France but you would like to follow the competition, here is a list about 10 amazing bars in Budapest that are going to stream the matches. In each of the collected bars, you can find something special; the mood, the place, the programs or the meals. Let’s join the fans and keep your eyes on the field from the best outdoor places in the Hungarian capital.

Everyday streaming is going on near the MOM Cultural Center in Buda. On the EB Terasz – Sirály Sétány (European Championship Terrace – Seagull Walkway) you can find more then a place to watch the matches. You can taste the street foods of chef Péter Várvizi, or have a fancy dinner at the Laurus Restaurant. Don’t forget to make your reservation of you are heading to a “dinner with a streaming”. Sport Garden opened for fans until the last match of the European Championship in the Budapest Park. 5×3 meters, so a 15 square meters wide screen is ready to stream the exciting moments of the continental competition. Side by side concerts and streaming are able to go on in the huge Park so when the competition is on the razor’s edge and it is too much of stress you can go to dance instead. The Futball-sziget is one of the biggest and most well-organized program-series about the European Championship in Hungary. In the Athletic Center there are seats for 7000 visitors and they can take part of the Championship literally on the field. On the 144 square meters giant widescreen you can be fan of the Hungarian Team as loud as if you would be there in French stadium.

If you like community feeling in parks and squares this is your fan place. In the V. district of Budapest at the Szabadság tér, you can keep your eyes on the fields with a 36 square meters big giant screen. The Belvárosi Foci Mozi (“Soccer Movie In The Downtown”) gives you a real stadium and cheering feeling.

Probably one of the best rooftops of Hungary you can find at the top of the Westend City Center. At the WestEnd’s rooftop-garden on a 6×4 screen you can have an unmatched match-experience. From the 10th of June to the 10th of July you can watch the streaming screens here, everyday. The Official opening ceremony will start at 8:00pm on the 10th of June what will be on a live streaming from France. For more information about the meals, and the programs visit the official site to the link: www.westend.hu On the terrace and on the rooftop of Le Bistro you can find a special mood. You can ask for European Championship menu or simply for a tasty cool cocktail or draft beer. You can get together with friends and funs on the terrace or on the fancy rooftop of the bar and enjoy the streaming. What about watching a good match with a scenic view of the setting sun on the banks of the River Danube? Sounds good, right? The Bálna Terasz set up a 10nm HD led-wall and other outdoor televisions for the funs. Bring you pet, and grab a seat, or a hammock chair by the River and enjoy the match. The Bálna Terasz will wait to you with surprises and actual decoration on the Hungarian Team’s matching days.

First time the Kobuci Kert was opened as the part of the Valley Of Arts Festival in 2005. Since then it is a well running locale within the Festival. For the funs the Kert will stream the Championship live on a led-wall projector in the garden of the Zichy-Castle.

Two of “Fun’s Room” at one bar. These are the Liebling + Liebling Terasz and Fogas Kert, in the Fogas Ház. What’s more, this all with 2 huge projector and 4 HD televisions. Not mention the deals and discounts on the prices of the drinks. For up to date information visit the page of the event here: Euro2016 – Kick Off! at Fogas 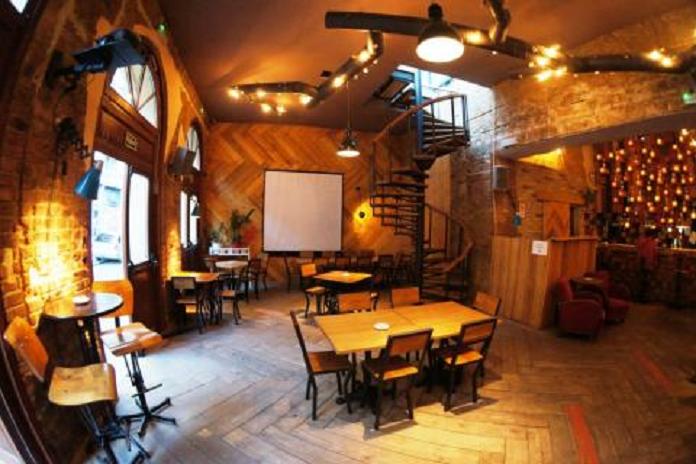 You can read more about the events on Facebook.

Previous Imre Nagy, Prime Minister Of The 1956 Revolution
Next Most Famous Hungarian-Designed Skyscrapers

Legendary basketball player of Los Angeles Lakers Kobe Bryant, one of the best players in …